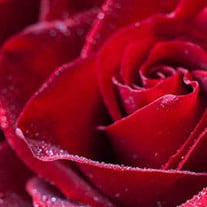 Barbara Carol Hoak December 25, 1939 – March 23, 2018 Barbara C. Hoak went to meet her Lord at the age of 78 at TriStar Hendersonville Medical Center, Hendersonville, Tennessee, on March 23, 2018, after an extended illness. She was born on December 25, 1939, to Raymond and Elvena Hoak at St. Vincent Hospital in Toledo Ohio. Barbara attended public elementary and secondary schools in Toledo, Ohio, and attended the University of Toledo. She pursued a career in Health Information as a medical transcriptionist and a consultant for nursing home medical record departments. She worked at St. Charles Hospital in Oregon, Ohio, and at hospitals in Ann Arbor, Michigan, Bowling Green, Kentucky, and Nashville, Tennessee. She was a Registered Health Information Technician, a member of the American Association of Medical Transcription, and served as its Middle Tennessee Chapter president. When living in Toledo, she attended the North Cove Boulevard Church of God. Barbara is survived by brothers, Duane (Laura) of Anderson, Indiana, and Thomas (Sandy) of Fairbanks, Alaska, and many cousins, nieces, and nephews, and close friend, Margie Wood of  Cortez, Colorado.  She was preceded in death by her parents, Raymond and Elevena Hoak, maternal grandmother, Bessie Moulder, and paternal grandparents William and Suzanna Hoak, all of Toledo, Ohio. A graveside service will be held at a later date at the Toledo Memorial Park, Sylvania, Ohio. Memories and condolences may be sent to Duane Hoak at 826 Raleigh Rd., Anderson, Indiana 46012, [email protected],  and to Thomas Hoak at 722 Rex Lane, Fairbanks, Alaska, 99712, [email protected] Sumner County Funeral and Cremation Services assisting family with arrangements.  615-452-9059

The family of Barbara Carol Hoak created this Life Tributes page to make it easy to share your memories.

Send flowers to the Hoak family.