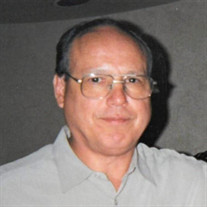 Basel Manley Mixon III was born in Orangeburg, SC, to Lieutenant Colonel Basel and Florence Mixon. As a military family, Manley, along with older twin sisters, Anne and Sue, and younger sister, Madeleine, lived all over the world – including places like Okinawa, Japan; San Francisco, CA; and Denver, CO. They settled in Nashville, TN as Basel, Jr.’s military career came to a close. Manley graduated from Hillwood High School in 1966, a three sport star; resulting in being drafted by the NY Yankees and, ultimately, accepting a football scholarship to the University of Tennessee (Knoxville). While in Knoxville, TN, Manley met and married his future wife, Glinda K. Rainwater of Goodlettsville, TN. Manley and Glinda were married for forty-eight years and raised two children, Basel M. “Bo” Mixon IV, LTC (USA, ret), and Walter Joshua Mixon, D.V.M. Manley’s family has always called middle Tennessee home, ranging from Hendersonville to Springfield, except for one lovely stint outside Los Angeles, CA. Manley’s professional vocation aligned with who he was – a natural leader. As a General Manager in the trucking industry, Manley’s central belief centered around the Golden Rule (Luke 6:27–31), treating each individual with respect and dignity. To Manley, everyone from lowest paid wage earners to the CEO had equal worth, performing an integral duty to the larger team effort, contributing to overall organizational success. Equally important to Manley was his word, that he spoke with integrity, and cultivating an individual sense of duty in all team members. Manley’s answer to the question of what is most important to him would immediately be “family”. Beginning with his life partner, Glinda, his loves centered around family get togethers. Among his fondest family memories are the 4th of July fireworks celebrations on Arnie’s houseboat at Center Hill Lake. The top deck clapped and were designated the “OOHs”, while the bottom deck responded with “AHHs”. Manley choreographed the cheerleading, while Arnie paddled out and provided the light display! Manley’s love of the natural world nearly equaled his love of family. Many of his most contented moments were hiking across national parks in the U.S. with the love of his life, Glinda. Whether in the Smokies, Joshua Tree, John Pennekamp Coral Reef State Park, Lake Tahoe, Yosemite, or Redwoods, Manley was most at peace as a lover and enjoyer of nature and the natural environment. At the age of 72, in his home in Greenbrier, TN, Manley came into the presence of the Lord after a long battle with Alzheimer’s on Sunday, May 31, 2020. His family will receive friends on Saturday, June 6, 2020 from 12:00pm until his Celebration of Life Memorial Service at 2:00pm at Austin & Bell Funeral Home in Hendersonville. In lieu of flowers, donations may be made in his honor to the Pat Summit Foundation at www.patsummitt.org, or the Alzheimer’s Association at www.alz.org . We are honored that his family has entrusted his care to Austin & Bell Funeral Home and Cremation Service, Hendersonville. 615-822-4442

Basel Manley Mixon III was born in Orangeburg, SC, to Lieutenant Colonel Basel and Florence Mixon. As a military family, Manley, along with older twin sisters, Anne and Sue, and younger sister, Madeleine, lived all over the world &#8211; including... View Obituary & Service Information

The family of Basel Manley Mixon created this Life Tributes page to make it easy to share your memories.

Send flowers to the Mixon family.