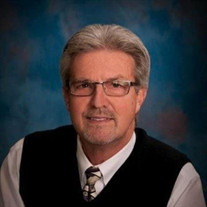 Bruce Gordon Mullen, age 68, formerly of Nashville, TN passed away on Tuesday July 7th, 2020. Bruce was born on June 5th, 1952 in East Orange, New Jersey as the youngest of five siblings, all of whom were girls; Judy, Carol, Nancy and Kathy. Bruce had a dynamic relationship with his father, Harold Mullen, and mother, Jean Knapp-Mullen, who followed and supported Bruce on his many sporting endeavors. Born and raised on the East Coast; from New Jersey, to Connecticut to Massachussetts, Bruce developed an intense love for sports. Baseball was his passion growing up, and he pursued it all the way through high school and eventually to college, where he played at the University of Southern Alabama under the polarizing and notorious head coach, Eddie Stanky. Bruce graduated from the university in 1974 with a Bachelor’s of Science degree in Marketing and Economics. Bruce continued following his sports desires by pursuing a career in golf. After a few years of serving as a sales representative, Bruce Gordon Mullen went on to get his PGA card and play in a few amateur and even professional tournaments. He even helped organize a few tournaments himself for various country clubs and business organizations. He then went on to be a golf instructor, but truly resonated in sharing his love of golf with his kids. Bruce continued to instruct golf, and even helped organize a few kids programs and establish a driving range during his brief stint in Tennessee. Bruce is survived by his sister Kathy Wilson, his four children; Ryan (Sarah) Mullen, Lauren (Casey) Hesson, McKennon Mullen and Grayson Mullen, and four grandchildren; Adelynn Hesson, James Mullen, Carter Hesson and Alexandra Mullen. Bruce was a beloved friend, father, grandparent and teacher, and will be missed by the countless connections he made throughout his life. He was a renowned entertainer, as well as a sports and wine enthusiast, who’s spirit will live on through his children. The family would like to express deep gratitude for all those who helped Bruce during his time of need.

Bruce Gordon Mullen, age 68, formerly of Nashville, TN passed away on Tuesday July 7th, 2020. Bruce was born on June 5th, 1952 in East Orange, New Jersey as the youngest of five siblings, all of whom were girls; Judy, Carol, Nancy and Kathy.... View Obituary & Service Information

The family of Bruce Gordon Mullen created this Life Tributes page to make it easy to share your memories.

Send flowers to the Mullen family.