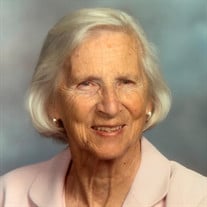 On April 20th, 2021, at the age of ninety-one, the Lord received Dorothy “Dot” Jane DeVasher. Dot had suffered from multiple strokes and battled with cancer which led to her eventual passing. While her body had reached its limit, her spirit remained strong throughout the entirety of the battle. Dot was cherished as a wife, mother, grandmother, great grandmother, and friend to all in whom she crossed paths. Dot was born on June 12th, 1929, in Portland, Tennessee, to parents Lola Mai and S.W. Dorris. She became a follower of Christ at the age of four and started teaching her first of many Sunday School classes at the age of nine. She was appointed Valedictorian of Portland High School, graduated with honors from Mississippi College, and received her Masters’ degree from Western Kentucky University. While following her passion for guiding and serving others, Dot became an exemplary educator and counselor where she strived to fulfill the needs of her students for more than forty years. She spent thirty-one years as a guidance counselor at Hendersonville High School. She also enjoyed serving at the First Baptist Church Babb Center and in Tres Dias as a Spiritual Director for numerous weekends during recent years. In 1944, Dot began the biggest adventure she would embark on throughout her life, a partnership with a young man by the name of Billy DeVasher. Eight years later, in 1952, the two were married and set out to change the world with Christ in their hearts. This past December marked sixty-eight years of their companionship. Bill and Dot welcomed three children into their family, who would later go on to start families of their own, and were additionally blessed with six grandchildren, and five great grandchildren-all of whom absolutely adored their “Granma.” Dot valued her family time immensely. Anyone who has been blessed with the opportunity to get to know Dot knows that the world has lost a loving faithful servant and a dedicated woman of God. Dot is preceded in death by her son Al DeVasher. She is survived by her husband of sixty-eight years Billy DeVasher, her daughters, Terry Darnell (Randy) and Jan Kolb (Jeff), her six grandchildren: Ryan Darnell (Amy), Alexandria Melton (Brian), Carley DeVasher, Madeline Kolb, Noah DeVasher, and Allie Kolb; and five great-grandchildren; Ella Jane Melton, Brock Melton, Sterling Darnell, Declan Darnell, and Josephine Darnell. A Celebration of Life honoring Dot will be held on Monday, April 26th at 1:00 P.M. in the Chapel at First Baptist Church Hendersonville. Interment will follow in Maple Hill Cemetery in Portland, TN. Visitation with the family will be on Monday from 11:00 A.M. until time of service. Arrangements Entrusted To: Sumner Funeral & Cremation, Gallatin, (615)452-9059 www.sumnerfuneral.com

On April 20th, 2021, at the age of ninety-one, the Lord received Dorothy &#8220;Dot&#8221; Jane DeVasher. Dot had suffered from multiple strokes and battled with cancer which led to her eventual passing. While her body had reached its limit,... View Obituary & Service Information

The family of Dorothy "Dot" Jane DeVasher created this Life Tributes page to make it easy to share your memories.

Send flowers to the DeVasher family.