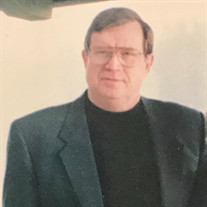 Elmer Lee Swafford, Jr., age 80 of Gallatin passed away July 19, 2020. Mr. Swafford was born in Liberty, Missouri on May 19, 1940 to the late Elmer Lee Swafford, Sr. and the late Mary Ann Honeycutt Swafford. Lee was born and raised in Liberty, MO where he was educated in the public-school system; he served in the Naval ROTC and was an Eagle Scout. Following high school, he proudly served and was honorably discharged from the United States Marine Corps; he also attended Finley Engineering College, Central Missouri College, Park College, and the University of Virginia Darden Business School completing his higher education. Lee had a 40 plus year career in the heavy truck industry where he held many executive level positions with the Kenworth Truck Company in Kansas City, MO, Peterbilt Motors in Nashville, TN, Quality Industries in LaVergne, TN, The Imperial Group in Portland, TN, and finally with his own company, Swafford Consulting. He held memberships in many organizations including the Society of Automotive Engineers where he was Past Chairman of the Kansas City Chapter, Ducks Unlimited where he was Co-Chairman of the Old Hickory Chapter, Past Member of Bluegrass Country Club and Nashville City Club, and most importantly, Liberty United Methodist Church where he served as Administrative Chairman and Trustee. He enjoyed reading, golf and wood-working; he was an avid fisherman and hunter and was and excellent marksman and enjoyed competition. Lee had several Mentors and friendships that lasted a lifetime and he will be missed by those who knew and loved him. In addition to his parents, he was preceded in death by his grandparents, Howard & Eula Swafford and David & Ella Honeycutt, and sister, Wanda Sue Swafford Albert, Sharon Kay Swafford McDaniel, and Ernest Dailey Swafford (Cherill). Lee is survived by his loving wife, Mary Alice Anderson Swafford to whom he married on May 7, 1966; their two children, Sean Victor Swafford and Stefanie LeAnn Swafford Armistead (Brian); grandchildren and great-grandchildren, David Lee Armistead (Candice Renee), David Blake & Skylar Ann, Jonathon Brian Armistead, William Sean Swafford, Lewis Addison Armistead, Harrison Seth Swafford, Anna Faith Armistead, and Andrew Sean Armistead. Due to current Covid-19 restrictions, a private service will be held for the immediate family at Nashville National Cemetery. In lieu of flowers, memorial donations may be made to Liberty United Methodist Church in memory of Lee Swafford, 1130 Liberty Lane, Gallatin, TN 37066. Arrangements Entrusted To: Sumner Funeral & Cremation, Gallatin, (615)452-9059 www.sumnerfuneral.com

The family of Elmer Lee Swafford, Jr. created this Life Tributes page to make it easy to share your memories.

Send flowers to the Swafford family.