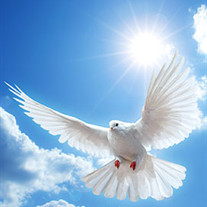 Emmet Curtis Hamilton, 87, who for the last few weeks was unable to stand on his own, stepped into Heaven on December 10, 2017, and is now in the presence of His Lord and Savior, Jesus Christ. He was born in Elkton, South Dakota, on February 15, 1930, to David Raymond and Myrtle (Stone) Hamilton; he grew up in a little house in the snowy woods outside Bemidji, Minnesota. When he was about 17, he went back to South Dakota to work on a ranch, but eventually ended up in Twin Falls, Idaho, where he lived with his sister and her family. At a neighbor’s house, he saw a graduation picture of a pretty young lady and said, “I’m going to marry her!” In November 1950, he took Marie Sutterfield on a first date, and three months later, on February 2, 1951, they were married. Shortly after celebrating their 67th anniversary, someone asked him how their marriage had lasted so long to which he replied with a grin, “You gotta know who’s boss!” (Very diplomatic!) He served in the US Army Signal Corp on Okinawa, Japan, during the Korean War. Up until a few weeks ago, he could still tell about being the soldier solely responsible for keeping the White House in contact with Commanders in Korea during a typhoon! Emmet began working as a route driver for Continental Baking Co. in Twin Falls, was transferred to Logan, Utah, and eventually Ogden, Utah, where he became the northwest regional manager of the Wonder Bread division. He enjoyed camping, especially in the mountain campgrounds around Ogden, starting with a tent (which his teenage daughters didn’t much care for), upgrading to a folding tent trailer, and eventually a travel trailer that he and Marie used to travel regularly to Minnesota and Oklahoma. He also enjoyed exploring mountain trails in his dune buggy and—later—on his Honda trail bike. Emmet was faithful to His Savior, making sure the family was in church whenever the doors were open. Through the years he served as deacon, trustee, and/or Sunday School teacher, in each church the Lord planted him when his job relocated the family. After retiring from Wonder Bread, he and his wife moved to Duncan, Oklahoma, where he was an active member of Unity Baptist Church, the Stephens County Republican Party and the American Legion Post 258 in Comanche. In December 2015 they moved to Gallatin, Tennessee, where he attended Impact Fellowship Church and participated regularly in activities at The Veranda, a ministry for Alzheimer’s/dementia patients and their caregivers. Survivors include his wife Marie Hamilton of Gallatin, TN; two daughters, Susan (Dennis) Johnson, Duncan, OK, and Diane (Wayne) Musson, Gallatin, TN; four grandchildren, Bryan (Heather) Johnson, Fort Smith, AR, Laura (Chad) Lee, Holdenville, OK, Caroline (Matthew) Johnson, Choctaw, OK, and Katie Musson, Gallatin, TN; and seven great-grandchildren. Emmet was preceded in death by his parents, four brothers, a sister and a great-granddaughter. Funeral services and internment will be on Monday, December 18, 2017, at the Middle Tennessee State Veterans Cemetery in Nashville at 2 PM with Pastor David McAllister of Duncan, OK, officiating. The family would like to extend our heartfelt gratitude to the staff and volunteers of The Veranda for the love regularly expressed from their hearts to our dad through their words and actions. Please visit their Facebook page to view photos and videos of Emmet’s and Marie’s activities and exploits at The Veranda. “Blessed are they who care for those who forget!” We also want to express our gratitude to Lindsay Whisenant and to the staffs of Highpoint Hospice and Blessed Home Care who cared for our dad, grandpa and GGpa in his last weeks. God knows who we needed and when we needed them, and He provided the best! In lieu of flowers memorial donations may be made in Emmet’s name to The Veranda Ministries at 650 Nashville Pike, Gallatin TN 37066. The Veranda Ministry

Emmet Curtis Hamilton, 87, who for the last few weeks was unable to stand on his own, stepped into Heaven on December 10, 2017, and is now in the presence of His Lord and Savior, Jesus Christ. He was born in Elkton, South Dakota, on February... View Obituary & Service Information

The family of Emmet C. Hamilton created this Life Tributes page to make it easy to share your memories.

Emmet Curtis Hamilton, 87, who for the last few weeks was unable...

Send flowers to the Hamilton family.