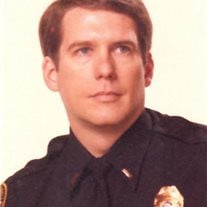 Frank Thomas McCoy III, of Hendersonville, TN, died December 10, 2018 at the Gallatin Center for Rehabilitation and Healing after a long illness. He was the son of Major Gen. Frank. T. McCoy, Jr and Louise Hardison McCoy. He grew up in Nashville, TN where he graduated from Battle Ground Academy.  He served around the world in the U.S. Navy from 1968-74 and then as an officer, detective, and lieutenant in law enforcement until his retirement. Frank spent several years in Colorado before moving back to Tennessee to be closer to his parents, sisters, and nieces and nephews. As a young detective in Hendersonville, Frank McCoy was instrumental in the solving of the Hole-in-the-Wall Gang case that accounted for more than 200 confirmed burglaries throughout the metro area. Frank was a lifelong learner.  He led the computerization of the Hendersonville Police Department through his work with Hewlett-Packard, helped his extended family become scuba divers, and was an avid photographer, pilot, and marksman.  He was always on time. Frank spent much of his time with life partner and former police offer, Kathy Harris.  Frank assisted the Sumter County Humane Society and provided a caring home for several rescue dogs over the years. Survivors are sisters June McCoy Ball of Athens, GA, Claire Louise McCoy of Nashville, nieces and nephews Sarah Ball-Damberg of Durham, NC, Milner Scott Ball of Atlanta, GA, Virginia Ball of Athens, GA, Weldon Bailey White III of Atlanta, GA, Wallace Crawford White of Seattle, WA, and seven great nieces and nephews. Frank was a loving brother and uncle and a friend to all his fellow members of the police force. He will be greatly missed. A memorial service will be held at a later date. Sumner County Funeral and Cremation Services, 128A W Eastland St, Gallatin, TN 37066, (615) 452-9059.

Frank Thomas McCoy III, of Hendersonville, TN, died December 10, 2018 at the Gallatin Center for Rehabilitation and Healing after a long illness. He was the son of Major Gen. Frank. T. McCoy, Jr and Louise Hardison McCoy. He grew up in Nashville,... View Obituary & Service Information

The family of Frank Thomas McCoy III created this Life Tributes page to make it easy to share your memories.

Send flowers to the McCoy family.