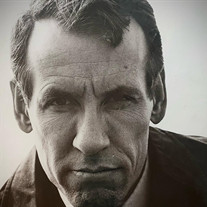 Dr. Harry Dean Marsh died at the family home in Gallatin, Tennessee, April 4, 2021, age 93. Marsh spent his childhood in the Big Bend desert of West Texas, born in the adobe parsonage of the Marfa Baptist Church and baptized by his father in Comanche Springs, Fort Stockton. He earned university degrees from Baylor, Columbia and Texas at Austin. He served as a U.S. Army Signal Corps technician in West Germany during the Korean War. Marsh pursued a career in journalism for 50 years. He reported, photographed and edited on newspaper staffs for 17 years, first on two small Texas papers, the Hillsboro Mirror and the Andrews County News, then on The Delta Democrat-Times at Greenville, Mississippi and the Birmingham News, and finally on two New York City papers, the Herald Tribune and the Daily News. For the remainder of his career he taught journalism at universities – Baylor, Arkansas and Kansas State, heading the departments at the latter two. He published books, monographs and articles in the field of mass communication. Immediately after retirement he taught part time at the University of North Carolina in Asheville. Marsh said that the best thing he ever did was marry Ellie Bruton of Fayetteville, North Carolina. Their two children and spouses are William and Jennifer Marsh of Leesburg, Virginia, and Marti and Jason Kastner of Gallatin. They have four grandchildren; Isabelle, Daniel, Ellie and Josie. Marsh volunteered at Sumner Regional Medical Center for ten years. He has been active in the Sumner County Democratic Party, serving as an assistant chairman, and he has been a trustee of First Presbyterian Church. He described the church as a loving fellowship supporting his faith and hope. As a continuation of his journalistic activity he has submitted and had published about 50 letters to the editor in recent years. A Graveside Service with Military Honors will be held on Monday, April 19, 2021 at 11:00 A.M. in Nashville National Cemetery, 1420 Gallatin Pike S, Madison, TN 37115. Masks and social distancing will be required. In lieu of flowers, memorial donations may be made to First Presbyterian Church Gallatin, Sumner County Food Bank or High Point Hospice. Arrangements Entrusted To: Sumner Funeral & Cremation, Gallatin, TN (615)452-9059 www.sumnerfuneral.com

Dr. Harry Dean Marsh died at the family home in Gallatin, Tennessee, April 4, 2021, age 93. Marsh spent his childhood in the Big Bend desert of West Texas, born in the adobe parsonage of the Marfa Baptist Church and baptized by his father in... View Obituary & Service Information

The family of Dr. Harry Dean Marsh created this Life Tributes page to make it easy to share your memories.

Send flowers to the Marsh family.