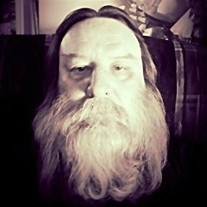 Jerome Laine Tuck was born September 30, 1961 in Tompkinsville, KY and he passed away on Wednesday, May 9, 2018 in the Sumner Regional Medical Center in Gallatin at the age of 56. He was the son of Hollis Neal Tuck and Mattie Ann Thomas Cordell.... View Obituary & Service Information

The family of Jerome Laine Tuck created this Life Tributes page to make it easy to share your memories.

Send flowers to the Tuck family.