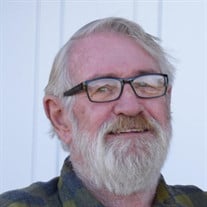 Morten Edvin Helge Mortensen, son of Morten and Ella Olsen Mortensen, died unexpectedly at the age of 74, with his wife and children by his side on Sunday, April 18th, 2021 in Gallatin, Tennessee. A recent resident of Tennessee, he spent most of his adult life in New Jersey. Born June 16, 1946 in Haugesund, Norway, he enjoyed an extraordinary full life only to be cut short by sudden, serious health conditions. Emergency surgery was performed February 13th and colon cancer chemotherapy treatments were to begin when the Lord called him home. Here in the USA he leaves behind his wife, Dorita, of nearly 48 years, son Erik and wife Darlene of Bangor, PA., daughter Heidi and husband Jarid of Godeffroy, NY, daughter Amber and husband Jimmy of Pedricktown, NJ, and daughter Brittany, of Gallatin, TN., 5 grandchildren, 3 great grandchildren, and in Norway, his older brother Jan and Uncle Stenert Olsen, nephews and cousins. He was predeceased by his father Morten, his mother Ella, and his brother Stein. Growing up in Norway in his beautiful home located on Skjoldsfjorden, Steinbru, he was surrounded by a loving family, friends and neighbors. He never got to know his father, who was killed by lightning when Morten was a baby. Uncle Stenert Olsen was like a father to him. As a child he would set his fishing nets before school and then after school would peddle his bike around the neighborhood and sell his catch to contribute to the family income. Besides his numerous chores at home, he was always eager to help with neighboring farms at harvest time. He volunteered as water boy at local soccer games, so he could enjoy all the matches. He played trumpet in the first ever Marching Band at his school, participated in rowing competitions, and was an experienced speed skater and cross country and downhill skier. At the age of 16 his adult life journey began. He enlisted in the Merchant Marines, attended Seaman’s School, served in the Norwegian Army, as a medic on the northern border of Norway adjoining Russia. His determination to become a Pilot and live in the USA with its immense opportunities and democratic freedoms began in 1970. He started his Aviation Instruction at Flying W Ranch in Lumberton, NJ and completed it in 1980 (delayed several years because circumstances of life got in the way) at Spartan School of Aeronautics in Jenks, Oklahoma receiving several pilot certifications. Many other wonderful experiences contributed to his varied and full life. He was a commercial lobster fisherman, on the Marlene Francis, docked at Captain Starn’s in Atlantic City, NJ. He also fished out of Cape May, NJ on Mable Susan III, a commercial clamming boat that supplied clams for Campbells Soup company and on many other commercial fishing vessels, including a Scallop boat, trawling boats, and he even “toyed with the idea” of going to Alaska to fish for King Crab. He belonged to Jaycees and a Moose Lodge. He and Dorita owned and operated “The Captain’s Cove” Fresh Seafood Market and Scandinavian Deli in Washington, NJ. Before his retirement in 2010 other occupations he dabbled in included: Pilot with Colt Aviation; Stone and Brick Mason; Prep Chef at “The Spudder, in Tulsa, OK”; Occasional Bartender in Jenks, OK; Truck Driver; Roofer with Mueller and Boles, Washington, NJ; Maintenance Supervisor at a group home for boys in Washington, NJ; Hired Hand on a Horse farm in Pittstown, NJ; Groundskeeper for an Estate in Far Hills, NJ; and Greenskeeper at Fiddler’s Elbow Country Club, Bedminster, NJ. He was immensely proud of their four amazing children whom he loved deeply and worked diligently to raise and instilled in them the morals and values they still possess today. For relaxation he enjoyed playing Soccer; shuffleboard; bowling; golfing; being a chase team member for Hot Air Ballooning; attending Air Shows and was always interested in viewing educational shows on the Discovery, History and Smithsonian channels, Professional Golf tournaments and every Soccer Match available on television! He will be greatly missed by all who knew him. No services are planned at this time. A Memorial Celebration of his Life will take place in early September at the Jersey Shore. Details to follow. Donations in his memory can be made to your favorite charity - Or - a simple act of kindness to someone in need will be greatly appreciated.

Morten Edvin Helge Mortensen, son of Morten and Ella Olsen Mortensen, died unexpectedly at the age of 74, with his wife and children by his side on Sunday, April 18th, 2021 in Gallatin, Tennessee. A recent resident of Tennessee, he spent most... View Obituary & Service Information

The family of Morten Edvin Helge Mortensen created this Life Tributes page to make it easy to share your memories.

Send flowers to the Mortensen family.