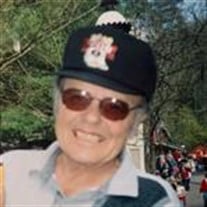 Robert Dean Schaak “Bob”, of Billings, Montana, was called home on September 28, 2019 at the age of 85. Bob was born on December 1, 1933 in Hardin, Montana to his parents Adolph and Lula Schaak. Bob grew up on a farm caring for animals and crops which instilled a passion he carried with him throughout life. Bob attended Seventh Day Adventist Academy, where another passion developed; flying. Bob followed that passion into the Marines where he received an Honorable discharge in 1956. Bob never let go of his passions and built a farm in Billings, MT, where he could fly his planes, dusting his crops. Bob lived by the quote “The Sky is the Limit” and passed his love for nature down to his children and grandchildren. In 1962, Bob married the love of his life, Mary Ann. They kept adventures alive by traveling the US in their RV, creating memories with their children and grandchildren. Bob is survived by his wife, Mary Ann Schaak; his three children, Kristine Schaak, Tami (Jim) Kelly, Danny Schaak; his two step children, Tom (Candy) Lanter, Elaine Lanter; his brother, William Schaak; and numerous grandchildren and great grandchildren. Bob is proceeded in death by his parents, Adolph and Lula Schaak; his brother, Duane Schaak; his sister, Barbara Schaak; his step daughter, Leigh Ann Schaak; his step son, William Lanter; and his great-granddaughter, Kayana Schaak. A Celebration of Life service will be arranged at a later date. The family has entrusted services to Austin & Bell Funeral Home and Cremation Service, 104 Sanders Ferry Road, Hendersonville, TN. 615-822-4442.

The family of Robert Dean Schaak created this Life Tributes page to make it easy to share your memories.

Send flowers to the Schaak family.