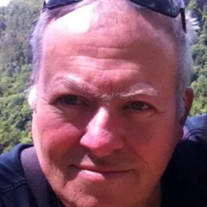 Ronald Steven Harbin Sr.- He was born on March 4th, 1955 to Doris and Lawrence Harbin in Bakersfield, California. His story is as much like a movie as any other I know of in real life. His father drown when he was just a year old and from there he kinda wandered up with no real plan. By his Sophomore year, he’d had enough of High School and dropped out to join the Army. The army figured out he had Asthma so they kicked him to the curb. He started working in the oil fields and became very good at it. He was a talented driller and became wildly successful by simply working hard and making good decisions. During this time he’d married Kathy, his high school sweetheart, and had a couple of sons(Ronnie and Brian). He then decided to pull up stakes and move his family to Nashville, TN to pursue his true passion; writing Country Music. In a few short years he had another son (Charlie), he opened a restaurant (Dinos) in Portland, TN and he became an award-winning, Number One Songwriter. Rounding out his career with over a hundred major label cuts and several Number One and Top Five Singles, he retired to full-time PeePaw for the remainder of his days. His life was a full one and he will be dearly missed by us all. He accomplished everything he set out to do in this life and lived with a freedom that few get to ever experience. He is preceded in death by his Mother Doris Roberts in 2017 and by his father Lawrence Harbin in 1956. He is survived by his father Albert Roberts, his Siblings- Cindy Roberts, Susie (Danny) Sainz, Randy (Karrie) Roberts, his Wife of nearly 50 years, Kathy Harbin, three sons Ronnie (Michele) Harbin, Brian (Kim) Harbin, and Charlie (Jessica) Harbin, Grand Children- Ciara, Reeve, Emma, Liberty, Lylah, Dakota, Cooper and Great Granddaughter, Charlotte. He chose to be cremated, and didn’t want a bunch of “slow drivin’ and sad music” but instead asked that we all have a celebration of his life once the dust has settled and the tears have dried.

Ronald Steven Harbin Sr.- He was born on March 4th, 1955 to Doris and Lawrence Harbin in Bakersfield, California. His story is as much like a movie as any other I know of in real life. His father drown when he was just a year old and from there... View Obituary & Service Information

The family of Ronald Steven Harbin, Sr. created this Life Tributes page to make it easy to share your memories.

Send flowers to the Harbin family.