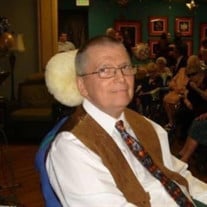 Stephen “Steve” Jerome Plautz, 78, of Hendersonville, TN passed away on August 17, 2020. Steve was born on July 8, 1942 in Cleveland, OH to Mary (Meljac) and Steven Plautz. He graduated from Holy Name High School in 1960 and from the University of Dayton in 1964. On August 5, 1967, he married Marjorie Ellen (Lynch). Steve started his career as a high school history teacher at Bedford High School in 1965. He transitioned his career into the insurance field in 1968 and enjoyed a long, successful career in various management and leadership roles. Later in his insurance career, he enjoyed most his role as financial advisor helping people develop financial plans for their future and retirement. Steve never met a stranger. He enjoyed meeting and talking with people. He had a quick wit and his conversations were rich and engaging. Steve was a dedicated husband, dad, brother, and loyal friend. He enjoyed fishing, gardening, photography, watching his beloved Cleveland Indians and NASCAR, and spending time with his family. Steve is survived by his wife Marge, and daughters Stephani (Ed) Ryan of Nashville, TN, and Shannon (Courtney Smith) of Tampa, FL. He is also survived by his sister, Cynthia (Leonard) Ringenbach of Cleveland, OH, and brother, Robert “Bud” Plautz of New York, NY, step-grandchildren, Zach (Meighan) Ryan and Colleen Ryan, several cousins, and a host of nieces, nephews, great nieces and nephews. He was preceded in death by his parents, Mary and Steven Plautz. A Celebration of Life will be planned at a later date. In lieu of flowers, the family instead suggests donations to Steve’s favorite charity, St. Jude Children’s Research Hospital. You may offer condolences at www.austinandbell.com Service entrusted to Austin and Bell Funeral Home and Cremation Service, Hendersonville. 615-822-4442.

The family of Stephen Jerome Plautz created this Life Tributes page to make it easy to share your memories.

Send flowers to the Plautz family.