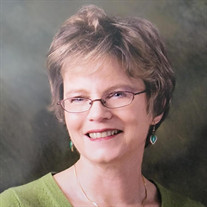 Susan Claire Snodgrass Greer, passed away April 12th, 2022, at TriStar Hendersonville Hospital in Hendersonville, TN. Susan died from complications following major surgery. Sue was the beloved spouse of Eugene Frederick Greer for 54 years. Sue and Gene met in college on a blind date which created a lifetime of love, memories and family. Susan was the adopted daughter of Dr. Woodrow Wilson Snodgrass and Julie Maffei Snodgrass of El Cerrito, CA. Dr. Snodgrass was a renowned educator in California and the longtime superintendent of the Richmond, CA school district in northern CA. Julie was a homemaker, civic volunteer and later in life a claims manager for a health insurance company. Susan was born in Martinez, CA and adopted shortly thereafter. Thanks to DNA testing and the detective work of her biological niece, Loari Hogg Bioletto ( the DNA detective), Sue was connected to her biological mother’s family. Sue’s birth mother was Ann Franklin Hogg. Sue is survived by her spouse, Eugene Greer, her daughter Jennifer Greer Christensen and husband Stephen Christensen, granddaughter Megan Christensen and grandson Scott Christensen. She is survived by her son Jeffrey Greer, his wife Marla Greer, granddaughter Casie Ireland Hulden and her husband John Hulden; grandson Lonnie Ireland and great grandson Payton Ireland and great granddaughter Mackenzie Ireland. Sue is survived by her niece/daughter Patty Haisley and her sons, Rob and Brock. Sue is also survived by her brother Jimmy Snodgrass. Sue’s biological family includes Edward Franklin (deceased) and his wife Maxine, daughter, Sally Franklin Dobson, and sons, Edward and Jeff, and their children; brother James Franklin; brother Michael Hogg wife Glenda Hogg and daughter Loari Hogg Bioletto, husband Chris Bioletto and their daughter Annamarie; and sister Janea Franklin, son Casey Kerrigan wife Phoebe, and son Stephen Mahon. Susan was raised in the Catholic Church in El Cerrito, CA. She was active in the church in several communities across the country. She and husband Gene were presenting couples in Marriage Encounter, Engaged Encounter, Family Encounter, Pre-Canaan presentations, lay minsters, Sunday school and parish building fundraising. In later years, health concerns limited her involvement. In 1968, Sue was listed and recognized in Whose Who on American Colleges. She graduated from Colorado Women’s College in Education. Her masters degree was from Chapman College in educational psychology. Sue used education to teach elementary school in Michigan and California. Sue had a lifetime teaching credentials in CA. When her husband was in the Air Force, Sue helped in the Officers’ Wives Club’s Vietnam Baby Lift to bring children to the US. Sue was an active parent in her kid’s schools via the Parent/Teacher Association. She helped to establish the Evergreen Community Service Organization in the Evergreen community in San Jose, CA. She was president of the Friends of the Library for San Jose, CA. Sue was on the committee that restructured the school bonds in the Evergreen school district to improve Evergreen schools. She was voted by local activists as the Mother of the Year in San Jose. Over the last several decades Sue was noted for her quilts. She created over a hundred quilts for friends, family and customers. Her husband helped with longarm quilting activities. Together they were Team Greer Quilting. Team Greer completed over 300 projects together including work for Monthaven Art Center in Hendersonville, TN. In part, because she was legally blind, Sue loved bright colors and patterns. She also lived life to its fullest and felt she had lived a full life. Per her request, please do not wear dark colors if planning to attend her celebration of life. In lieu of flowers, please send donations to Return to Freedom Wild Horse Conservation, www.returntofreedom.org. Arrangements Entrusted To: Sumner Funeral & Cremation Lakeside, Hendersonville (615)822-4442 www.sumnerfuneral.com

The family of Susan Claire Snodgrass Greer created this Life Tributes page to make it easy to share your memories.

Send flowers to the Greer family.